On 6 November, the airline bmi regional (British Midland Regional) launched its first flight from Saarbrücken to Munich. Despite being delayed by an hour as a result of fog, there was autumn sun on 6 November at 10:50 a.m. when the first plane from Munich for a long while once again landed in Saarbrücken: an Embraer 145 jet operated by the airline bmi regional. Exactly 50 minutes later it and its 27 passengers took off back towards the Bavarian capital, a successful start for the maiden Saarbrücken flight.

As is usual on first flights, the airport fire department welcomed the incoming aircraft to its parking position, and both the Secretary of State for Economic Affairs Jürgen Barke (Chairman of the SCN Board) and SCN’s Director Thomas Schuck insisted on greeting the crew and bmi’s representatives Benjamin Caja and Fabrice Binet.
Chairman of the SCN Board Jürgen Barke views Saarbrücken Airport as being securely positioned for the future. He said: ‘A connection with the IT metropolis of Munich has become very important, in particular for Saarland’s economy. With Hamburg and the continuation of the service to Berlin, our airport is very well positioned – not just for Saarland as a business location, but also in terms of event and holiday tourism.’

bmi regional is expanding rapidly on the German market and has thus built an established relationship with industry. Saarbrücken is a perfect fit for an operating model strongly oriented towards business customers. bmi regional’s Chief Commercial Officer Jochen Schnadt has the following to say on the subject: ‘The Saarbrücken-Munich link has now incorporated a third intra-Germany route into the bmi regional network. The combination our fleet of smaller, more comfortable 50-seater jets, our flight times which are strongly oriented to the needs of frequent business travellers, and our sales model which provides customers with a traditional all-inclusive service has gained an increasingly positive response in the German-speaking world. Saarbrücken with its particular market characteristics is a logical extension for our Munich hub, and given travel times using alternative means of transport, we expect our two daily flights between Saarbrücken and Munich (with a flight time calculated at just 50 minutes) to be well received by customers.’

Airport Director Thomas Schuck also views Munich as a significant hub: ‘Airline passengers reach a second interchange and can thus travel onwards from Munich to 70 destinations across the world.’ This is particularly relevant to Far East connections, which are important to business travellers. Schuck adds that the first attractive codeshare agreements have since been reached, meaning that passengers can fly on Condor via Munich to 13 long-haul holiday destinations including Mauritius and Mexico, or on Air Dolomiti to five Italian cities. 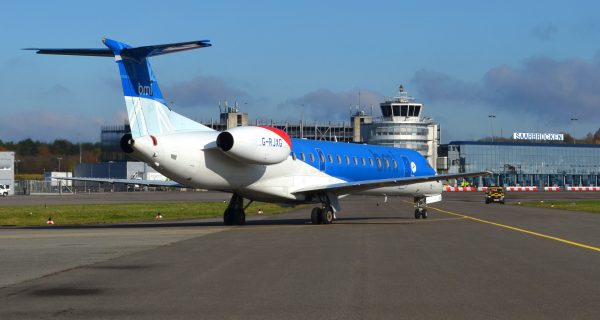