New warehouse for Michelin tyres in the ‘Am Zunderbaum’ industrial area

‘The opening of the new logistics centre represents an important step in ensuring the future of our site’, explained Cyrille Beau, Director of Michelin’s Homburg plant. ‘The significantly increased storage capacity enables us to supply our customers more quickly and in more targeted fashion. This is a key factor in customer satisfaction’, Beau added after cutting the blue and yellow ribbon together with Michelin Logistics Manager Wolfgang Weyand, Mayor of Kirkel Frank John, Lord Mayor of Homburg Rüdiger Schneidewind, and Saarpfalz District Administrator Theophil Gallo.

The new Michelin warehouse in the Kirkel district of the ‘Am Zunderbaum’ industrial area will see tyres stacked increasingly high – stretching up several metres. More than 60% of the space is already occupied. Michelin began operations in early May, seven months after the ground breaking ceremony. This new building triples the storage capacity of the Homburg tyre manufacturing plant from 45,000 to 137,000 tyres. Another 1500 m2 have also been added for offices and technical facilities.

Space for more than 80,000 MICHELIN commercial vehicle tyres
The new warehouse project is part of a Europe-wide restructuring of logistics to enable customers to be supplied even more quickly and flexibly. Previously, a large portion of Homburg’s production was initially transported to a large warehouse in Landau, from where it was shipped out to customers. This operation is now no longer required, saving time and money.

After the ground breaking ceremony in September 2015, close cooperation with the authorities and partner companies has meant that the work is now complete. The new warehouse is five kilometres away from the production site in Homburg.
Furthermore, around 50% of the 72,000-m2 premises is made up of green spaces.

Homburg has been home to of the world’s most important truck tyre factories since 1971. The Homburg plant does not just produce new tyres: MICHELIN Remix retreaded commercial vehicle tyres are also produced on this 33-hectare premises. In addition, the factory manufactures rubber compounds and steel cord fabric.

A total of around 1,300 employees produce around a million new tyres, 400,000 MICHELIN Remix tyres and 150,000 tons of compound per year.
www.michelin.de/unternehmen/homburg

‘Am Zunderbaum’ masterplan area
The ‘GI Am Zunderbaum’ area is home to one of four industrial areas forming part of the EU-funded masterplan for Saarland’s industrial sites. The four industrial zones cover a total area equivalent to 257 football fields, with the gwSaar Saarland Economic Promotion Corporation taking responsibility for their development and marketing on behalf of the state government.
www.masterplan-saarland.de 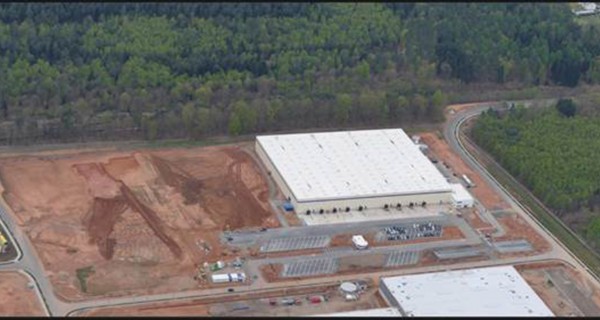 1 Photos
« Back to current news

We use cookies to ensure that we give you the best experience on our website. If you continue to use this site we will assume that you are happy with it.OK