Blue carpet for the next generation in Saarbrücken

On Saturday, 27 January, the film festival Max Ophüls Preis celebrated its prize awarding ceremony at the E-Werk on the Saarbrücken Saarterrassen. At the ceremony, the winners were officially presented and awarded. The satirical Heimatfilm `Landrauschen` won several prizes at a time:  The film of directress Lisa Milla was awarded with the Max Ophüls Preis for the Best Feature Film, worth 36,000 euros, as well as with the Prize for the Best Script and the Prize of the Ecumenical Jury. For the time of the festival, Saarbrücken had turned into the blue city: As in the years before, business people and café owners had decorated their shop windows and rooms in the festival colors blue – in line with the motto `Our Max Ophüls Preis`.

Sponsored by SHS Strukturholding Saar, the Prize for the Best Young Actor or Actress in a Leading Role went to  Loane Balthasar for her part in `Sarah spielt einen Werwolf`. `We are happy to support the Max Ophüls Festival which, as the main forum for the promotion of young German-speaking film artists, is a welcome flagship event in Saarland`, Managing Director Thomas Schuck declared at the film party. For the prize awarding ceremony, the E-Werk´s Westside turned into the SHS Winnerslounge, also sponsored by festival partner SHS.

Since its creation in 1980 the festival has been committed to the young German-speaking film. It sees itself as the most important platform for the development of young filmmakers from Germany, Austria and Switzerland. Here, branch representatives can meet the young talents and at the same time watch their films.

The one and only

For 39 years, the renowned Saarbrücken film festival has been standing for the discovery of young talents from Austria, Germany and Switzerland. The Max Ophüls Preis is considered to be the only explicit film festival for young talents in the German-speaking area. Max Ophüls, the name giver of the festival, was an internationally acclaimed German-French film, theater and radio play producer. In 1902, he was born as Max Oppenheimer at the Saarbrücken quarter of St.Johann. At the age of 54 he died in Hamburg. He was buried in the Père Lachaise cemetery in Paris. 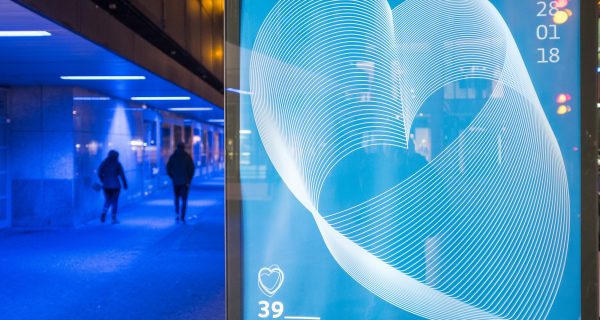