At the foot of the Celtic Circular Wall near Nonnweiler in Northern Saarland, the Keltenpark Otzenhausen is just being created. Now that the winner of the 12-month European-wide architectural competition for the planned Visitor Center has been determined, the contract with the architectural firm DBCO from Münster was signed on April 17th.

The Landesentwicklungsgesellschaft Saarland, LEG Saar, supports the project preparations for the Nationalparktor Keltenpark by concepts and in its function as project manager and service provider for subsidy management.

For Economics Minister Anke Rehlinger, the decision in the architectural competition is another milestone in the process of implementing the Saarland Nationalparktor: `I am glad that we can support the project by a subsidy of roughly 3.5 million euros. I am sure already now that the new Nationalparktor will be a further highlight of our tourist attractions and be one more reason to visit Saarland.`

Implementing the project will cost about 5 million euros. The project is supported by the Saarland Government as well as the district and the community of Nonnweiler.

The Celtic Circular Wall at Otzenhausen

is one of the most impressive Celtic fortifications in Europe. Built in the first century BC, ten meters high walls testify to the monumental monument. Constant excavations, regular guided tours, workshops and archaeological seminars invite you to visit Otzenhausen.

The Keltenpark is the Saarland entrance to the Hunsrück-Hochwald National Park. Presently, the Keltenpark consists of a natural open-space stage and the Celtic village that was opened in May 2016. In the next few years, the Visitor´s Center with an infrastructure suited for exhibitions and gastronomy will follow. 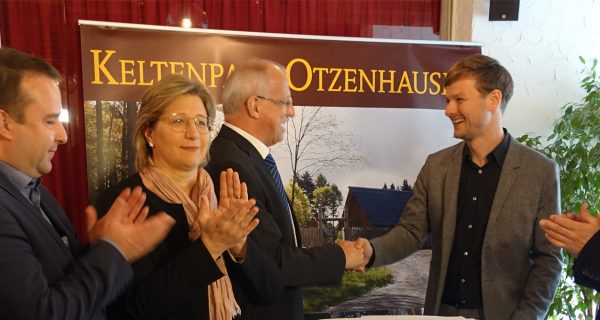