The Ford Industrial Supplier Park in Saarlouis is considered to be the first future-oriented industrial project of its time to be created by a real estate company that then rents to the suppliers who relocated there. It is an excellent example of innovative business development in Saarland. The construction of the supplier park in the immediate neighbourhood of the Saarlouis Ford factory, the largest employer in Saarland, was able to meet the central need of the car manufacturer to reduce production costs through optimal logistics in the supplier industry.

The planning, construction and operation of the integrated supplier park was realised by SBB Saarland Bau und Boden Projektgesellschaft in cooperation with the responsible officers at Ford. A total investment of 100 million Euros was made in three construction stages.

Suppliers and logisticians and/or service providers located to an area of approximately 100.000 m² in order to supply its products ‘just in time – just in sequence’ for the Ford production process.

The heart of the industrial park: the transport system in the form of an electric monorail conveyor belt. It automatically transports components that are produced by the suppliers to the production lines in the Ford works. 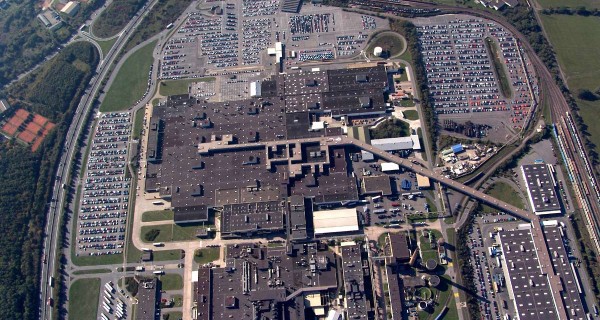 « Back to the overview