Sie sind hier: Startseite • Current news • And the winner is…

And the winner is…

The Max Ophüls Prize Film Festival in Saarbrücken is heralding the beginning of Germany’s film year for the fortieth time. On 14 January, Mayor Charlotte Britz, Prime Minister of Saarland Tobias Hans, and Festival Director Svenja Böttger will be launching this exciting festive week at the CineStar picture house. After this, the prestigious competing films in the feature, documentary, short and medium-length categories will be screened until 20 January. This year’s guest of honour is actress Iris Berben, who is receiving an honorary award for her work with young cinematic talent. There will also be a prize for young talent in Saarbrücken, sponsored by Strukturholding Saar.

Ever since it was founded in 1980, the festival has been committed to young talent in German-language film and is the main platform for discovering young filmmakers from Germany, Austria and Switzerland. It gives representatives of the industry an opportunity to discover new talent and see their films in a single location.

During the festival, state capital Saarbrücken transforms into the ‘blue city’, as every year business professionals and café owners decorate their windows and interior spaces in the festival colour of blue – in line with the slogan ‘Our Max Ophüls Prize’.

The winners of the film festival are announced at a ceremony at E-Werk in Saarbrücken’s ‘Saarterrassen’ business park. The two best young actors will also receive prizes, sponsored by the SHS group. CEO Thomas Schuck emphasises: ‘We are delighted to be supporting the Max Ophüls Festival. As the main platform for young German film, it is a valuable flagship for Saarland.’

The one and only

The prestigious Saarbrücken Film Festival has been discovering young talent from Austria, Germany and Switzerland for 39 years. The Max Ophüls Prize can claim to be the only film festival in the German-speaking world devoted to young talent. Max Ophüls, who gave the festival its name, was an internationally celebrated Franco-German film, theatre and radio drama director. He was born Max Oppenheimer in the Saarbrücken district of St. Johann in 1902, and died in Hamburg aged 54. He is buried in Paris’s Père Lachaise cemetery. 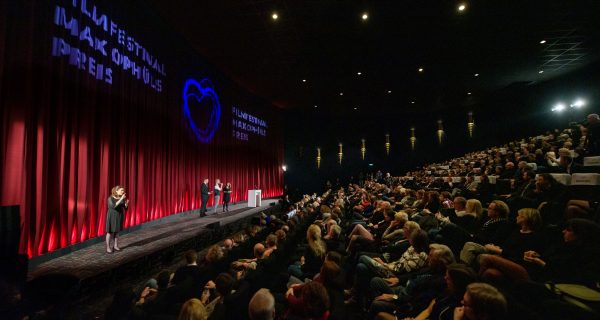